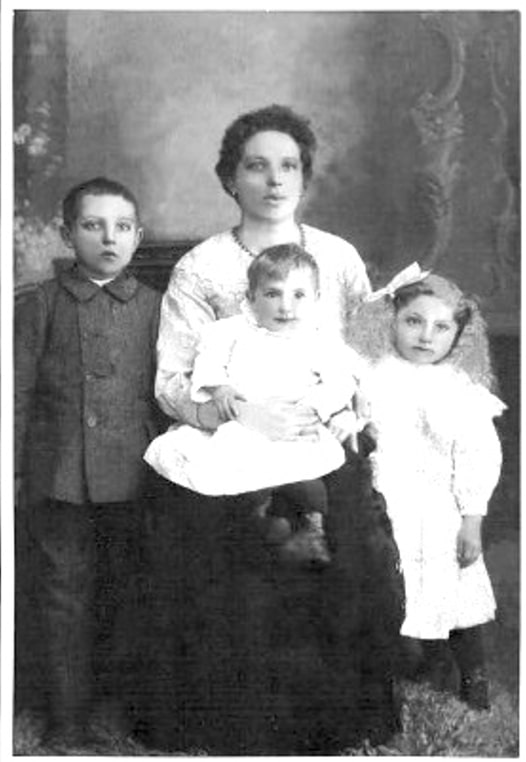 Many county residents have Ukrainian, or Austrian-Hungarian roots. This is the story of one woman from Austria-Hungary, who escaped her town in what is now near Liviv, Ukraine. History unfortunately, does repeat itself.

Johanna Siegel married John Heichel in 1907 in Turka, Galacia, Austria Hungary. In 1913 John immigrated to America joining his brother in New Castle, Pennsylvania, and obtaining work in the tin mill. In New Castle, he would save enough money to send for his wife and three children. But before he could accomplish his goal, war broke out in his homeland; his village invaded by countless Russian troops. As the Russians stormed the village, they pulled women from their homes and violated them. Johanna’s sister was trampled to death by Russian horses.

Johanna’s father later hid Austrian-Hungarian troops in the home to prevent their slaughter by the invading masses. By December 1915, immigration to the United States had ground to a near halt because of the war when Johanna and her three children were able to escape the area.

Under the cover of night, lying beneath apples at the bottom of a horse drawn apple cart, they made their way through what became Czechoslovakia, avoiding enemy forces. They travelled some 900+ miles from her village to the port in Rotterdam, The Netherlands.

Johanna was 26 years old at the time, a petite woman of 5’1″ traveling through war-torn Europe with her three small children ages two, four and six. She boarded the ship to America but she still was not out of danger. Passenger vessels were being torpedoed and sunk by German U-Boats.

After spending 15 days at sea, Johanna finally reached Ellis Island on January 2, 1916. After being processed, the four headed for their train when her youngest child, Katherine, wandered away from her and boarded an outbound train alone. Two days later the child was miraculously reunited with her mother, and they headed for New Castle.

John and Johanna were reunited, had three more children and lived out their days in Lawrence County, never returning to their homeland.

PHOTO:
Johanna, with children Lawrence, Kathrina and Mary shortly after arriving in America.

“From the Beginning, Tales of Lawrence County,” 2021 with permission

ADDENDUM: A descendant wrote us a note saying Johanna Siegel was born in Borynia (Austria-Hungary Empire – now part of Ukraine) on 3/16/1889. According to Ancestry.com, her parents were Antonius Siegel (1865-1913) and Anna Hapich (~1909).