A Respect for the Past. A Cornerstone for the Future. Chartered 1938.

Just before 1900 there was a great wave of immigration from Europe. Recruiters for various industries frequently went to Ellis Island to find laborers. Some Italian immigrants with some experience or skill in stone quarrying were thus brought to Hillsville in Lawrence County, where the limestone operations were said to be the most extensive in the world at that time. 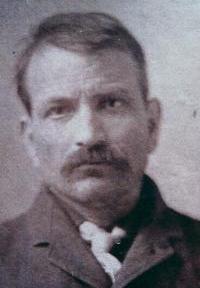 There also came with the decent, hardworking men a few of the criminal element. In their homeland they had been a part of a “society of honor,” stressing loyalty and obedience to their leaders and strict secrecy, but exhibiting cruelty and ruthlessness in their dealings.

In America the society had been given the name “Black Hand,” because those reluctant to comply with society demands were warned by means of the imprint of a black hand. In Hillsville, members of the Italian community were forced to pay a portion of their wages to the Black Hand. Those who refused to pay found themselves and their family subject to harassment, beatings, and sometimes death. Many lived in constant fear.

The Black Hand offered an assassination school for those who swore loyalty to the society. At these schools, members were trained in the artistry of “ethical” fighting, which included fisticuffs and stiletto training. John Jatti directed the nearest assassination school in Youngstown, Ohio. In February 1907, Sealey Houk, the game warden, came in contact with two Italian immigrants illegally shooting birds. Houk quarreled with the immigrants and then shot their dog, which belonged to the reputed head man of the Black Hand, Rocco Racco. Two weeks later, Sealey Houk’s corpse was found in the Mahoning River. Houk had been shot and his body weighed down with stones. The suspects were Racco and his companion, Jim Murdocci. The brutal murder of “Squire” Duff, an 80 year-old farmer was the second event that led to the downfall of the Black Hand.

Upon learning of “Squire” Duff’s murder, District Attorney Charles Young and Sheriff John Waddington hired Italian agents of the Pinkerton Detective Agency to infiltrate the society. During months of undercover operations, the agents gathered evidence and learned the identity of the Black Hand members. On payday, July 13, 1907, a most unusual raid took place.

As workers came to the pay office, those who had been identified as offenders were informed their pay was less than correct. Individually, they were escorted to another office to remedy the problem. Upon entering that room, they were seized, handcuffed and ordered to be silent. In all, 22 were thus apprehended. While this was being done, a locomotive with a single closed box car arrived and stopped on a nearby siding. When the action at the paymaster’s office was complete, the doors of the box car suddenly burst open and the district attorney, sheriff and a large number of law enforcement officers emerged. The prisoners were hustled into the car, which was quickly sealed, and departed for New Castle and the county jail. At the ensuing trials, threats of reprisals frightened some witnesses to silence, but other courageous individuals refused to be intimidated. The principal witness against the offenders was a fellow Italian and a victim of their harassment and extortion, Nick Cirigoli. Termed the “bravest man in Lawrence County,” Cirigoli provided key testimony despite dire threats against him and his family. Fifteen of the 22 defendants, upon conviction, were given from two to 10 years in the state penitentiary, while several boys between the ages of 15 and 18 were given suspended sentences.

Meanwhile, those accused of the Houk and Duff murders had been apprehended and were brought to trial an convicted, One, Rocco Racco, convicted of the Houk murder, was sentenced to death. During his trial, he revealed that the Black Hand Society was in fact the Mafia. Additional arrests were made and a total of 50 trials held before the power of the Black Hand was considered eliminated. The most happy and relieved were the members of the Italian community.

There were many other Italian immigrants who came to New Castle, Ellwood City and other parts of the county to work in the various industries. Today, Lawrence County has the highest concentration of Italian-Americans of any county in Pennsylvania. Over half of all our citizens are at least part Italian. Persons of Italian heritage are prominent in business, education, in the legal and medical professions, and in public life in such high positions as judges, district attorney, county commissioner and other important city and county offices.