Correction: Earlier we reported that Chambers was “Believed to be the county’s only Congressional Medal of Honor recipient.” This is incorrect. 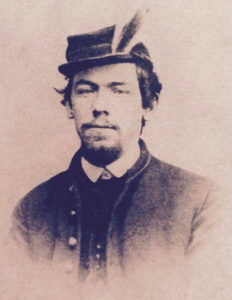 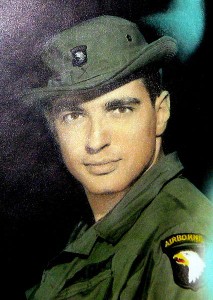 Information retrieved from www.cmohs.org/recipient-detail/3481/sabo-jr-leslie-h.php
Rank: Private
Rank: Specialist Fourth Class
Organization: U.S. Army
Company: Company B, 3d Battalion
Division: 506th Infantry, 101st Airborne Division
Born: February 23, 1948, Austria
Departed: Yes (05/10/1970)
Entered Service At: Ellwood City, Pennsylvania
Date of Issue: 05/16/2012
Accredited To: Pennsylvania
Place / Date: May 10, 1970, Se San, Cambodia
Citation: Specialist Four Leslie H. Sabo Jr. distinguished himself by conspicuous acts of gallantry and intrepidity above and beyond the call of duty at the cost of his own life while serving as a rifleman in Company B, 3d Battalion, 506th Infantry, 101st Airborne Division in Se San, Cambodia, on May 10, 1970. On that day, Specialist Four Sabo and his platoon were conducting a reconnaissance patrol when they were ambushed from all sides by a large enemy force. Without hesitation, Specialist Four Sabo charged an enemy position, killing several enemy soldiers. Immediately thereafter, he assaulted an enemy flanking force, successfully drawing their fire away from friendly soldiers and ultimately forcing the enemy to retreat. In order to re-supply ammunition, he sprinted across an open field to a wounded comrade. As he began to reload, an enemy grenade landed nearby. Specialist Four Sabo picked it up, threw it, and shielded his comrade with his own body, thus absorbing the brunt of the blast and saving his comrade’s life. Seriously wounded by the blast, Specialist Four Sabo nonetheless retained the initiative and then single-handedly charged an enemy bunker that had inflicted severe damage on the platoon, receiving several serious wounds from automatic weapons fire in the process. Now mortally injured, he crawled towards the enemy emplacement and, when in position, threw a grenade into the bunker. The resulting explosion silenced the enemy fire, but also ended Specialist Four Sabo’s life. His indomitable courage and complete disregard for his own safety saved the lives of many of his platoon members. Specialist Four Sabo’s extraordinary heroism and selflessness, above and beyond the call of duty, at the cost of his life, are in keeping with the highest traditions of military service and reflect great credit upon himself, Company B, 3d Battalion, 506th Infantry, 101st Airborne Division, and the United States Army.