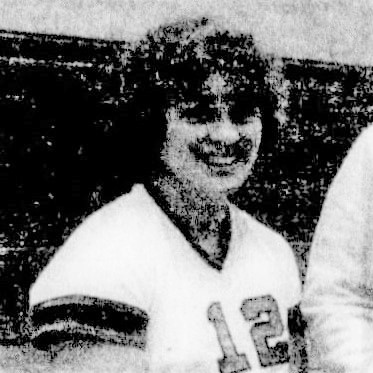 Guyla Mae Smith, a Lawrence County native, is one of the best softball coaches in Texas.

A student at Mohawk High School, she played basketball and ran track, and played slo-pitch softball in Beaver County. She graduated from Mohawk in 1981. Going on to Penn State she began to play fast pitch.

Arriving in Texas, she coached softball. Graduating from Tarleton State University in 1989, she started her teaching career at West Independent School District, West Texas. At West she taught Social Studies and coached basketball, track and volleyball.
She was asked to start a softball program at West in 1991.

Named all-time winningest softball coach in 2016, she then held a record of 545 wins.

Leading her softball teams to 12 District Titles and six state tournaments, the Lady Trojans claimed the state championship on their sixth attempt.

Guyla was inducted into the Texas Girls Coaches Hall of Fame in 2019. Congratulations Guyla!

“Horse” Gillium – Giant of a man: From Beaver Five to NY Celtics