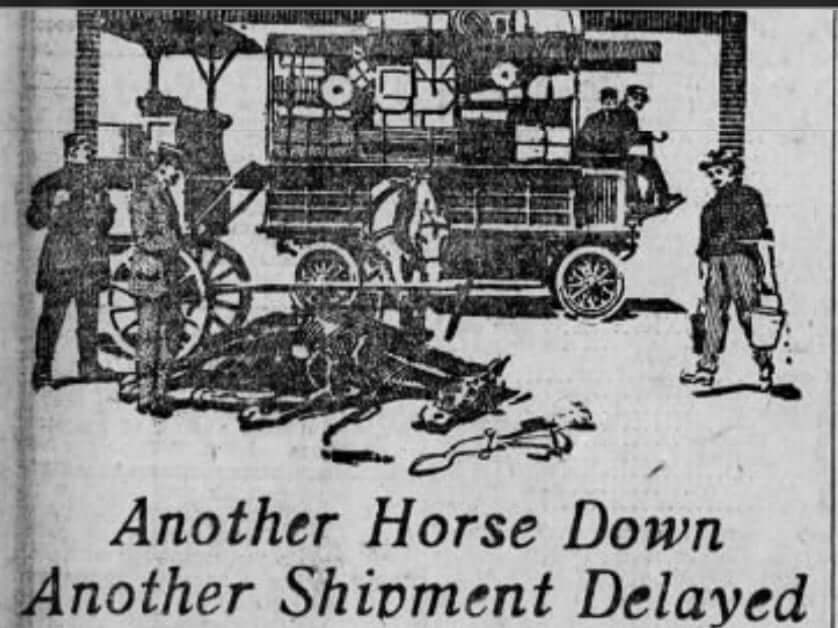 Shortly after the invention of electricity, Edison and others turned their attentions toward the invention of an electric vehicle. By 1898, electric cabs were being used in France. In 1899 a prominent electric company was putting into use a “charging hydrant” (coin operated electric filing stations). The first President to ride in an electric vehicle, it appears, was Theodore Roosevelt in 1902 while visiting Cleveland.

By 1908, President Taft owned an electric vehicle himself and ordered one for his wife to tool around Washington, DC. Her electric vehicle was said to have had a 50 mile radius. Railroad stations started using electric trucks to quickly offload passenger baggage. Union Pacific even used wireless waves to operate its electric railroad cars around the yard.

Electric Trucks in New Castle in 1914

Locally, New Castle Electric Company was advertising electric trucks for sale as early as January 1914, touting the benefits over the horse. One of the first electric trucks known to be used locally was purchased by Shelby Steel Tube in Ellwood in 1915. The truck was said to be like those used by the railroads to move luggage and consisted of a battery and motor, and was operated by means of a lever. The truck was to be used to carry heavy tools and pieces of tubing from place to place.

In 1917 a Shelby owned electric lighted truck carried a band from Ellwood to New Castle for the Lawrence County Red Cross parade, organized to raise funds for local soldiers at war. It had seats along the sides for the musicians. Above the heads of the musicians were large electric lights so that the music sheets were perfectly visible even after dark. The truck carried a banner that read “50 per cent of the Population of Ellwood City Are members of the Red Cross.”