George Milton Book was born in New Castle May 25, 1845 to Col. William and Ann (Emery) Book. He spent his childhood in town, attending New Castle schools.

Book was appointed as Acting Midshipman at the Naval Academy on November 22, 1861 at the age of 16 and was graduated from Annapolis in 1865.

Spending his retirement years between his homes in New Castle and in San Antonio, Texas, Book  died in New Castle, January 22, 1921. His wife Mary Sippy Book preceded him in death on 1915 in New Castle. They had one son, Dwight Book of Texas. The couple is buried in Greenwood Cemetery.

1915 – Reunion of the US Naval Academy Class of 1865 (Naval History Heritage Command Photo NH 69914). Eleven members of the Naval Academy class of 1865, celebrating the fiftieth anniversary of their graduation, pose for a photograph on the grounds of their alma mater, 27 October 1915. 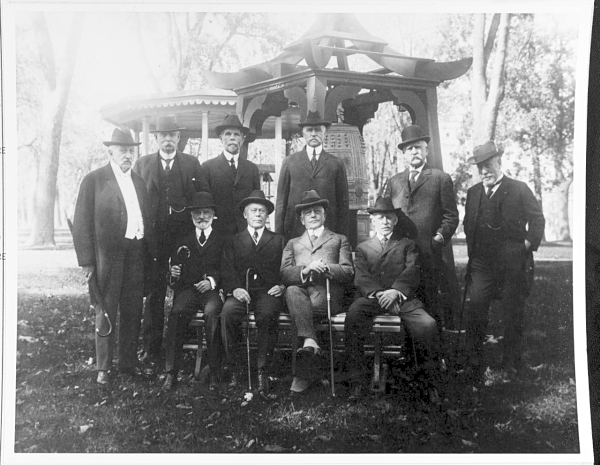