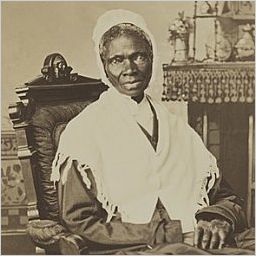 We invite you to attend our FREE online presentation.

On March 10 at 7 P.M., Jean Speight, a local historian, will share the history of some of the Black women who played important roles in the suffragist movement whose names are not mentioned in history books. The black suffragists had to fight both racism and sexism during the suffragist movement. The movement tried to exclude Black suffragists so they could garner the support of southern white women, but they showed up anyway.

Mrs. Speight retired from the New Castle Area School District after 31 years. She previously taught in Tennessee and Philadelphia before coming to New Castle.

Her previous presentations at the Lawrence County Historical Society have received high praise.

The program can be viewed live:

Does this sound interesting? Share it with your friends!
+ Google Calendar+ iCal Export

This website uses cookies to improve your experience while you navigate through the website. Out of these, the cookies that are categorized as necessary are stored on your browser as they are essential for the working of basic functionalities of the website. We also use third-party cookies that help us analyze and understand how you use this website. These cookies will be stored in your browser only with your consent. You also have the option to opt-out of these cookies. But opting out of some of these cookies may affect your browsing experience. You can view our Privacy Policy HERE.
Necessary Always Enabled

Any cookies that may not be particularly necessary for the website to function and is used specifically to collect user personal data via analytics, ads, other embedded contents are termed as non-necessary cookies. It is mandatory to procure user consent prior to running these cookies on your website.