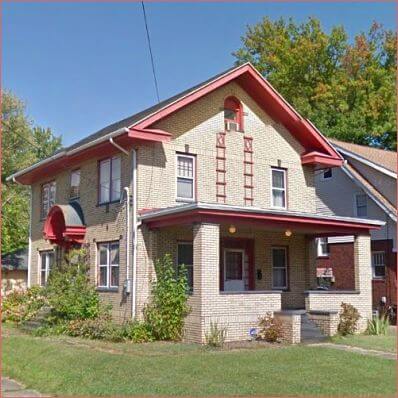 “The Lawrence County Historical Society strongly advises against the establishment of a Dollar General on Highland Avenue in the North Hill Historic District,”
– Edward X. Petrus, LCHS Board President

At our April 2021 monthly meeting, the Lawrence County Historical Society unanimously agreed to go on record against the establishment of a Dollar General in the North Hill Historic District. The North Hill Historic District is the THIRD LARGEST HISTORIC DISTRICT IN THE COMMONWEALTH OF PENNSYLVANIA. It was entered into the National Register of Historic Places on December 15, 1999 with 1,888 contributing structures. It is a strong example of an upper- and middle-management residential neighborhood in Western Pennsylvania between 1870 and 1949. “Given the dramatic opposition when it was first proposed, we’re surprised it is planned to go through. We believed the opposition demonstrated that another Dollar General was neither needed nor wanted,” Petrus said.

With a new Dollar General established on the edge of the historic district at former Family Video on Wilmington Road, and a locally-owned and grandfathered-in, Tic Toc Food Marts, just down Highland Avenue, there does not seem to be a demand for its proposed location, which is within 0.8 of a mile from both sites.

The Historical Society believes that constructing the Dollar General within the vicinity of many major structures, such as the former residences of Grace Philips Johnson on Moody Avenue, Alexander Crawford Hoyt on Winter Avenue, and the former Temple Israel on Highland, has the potential to significantly decrease property values of the surrounding area.

The purpose of the Historical Society is to preserve, protect, and promote local history in our communities. The organization serves its communities through an educational lectures series, preservation of cultural heritage with archival best practices, and presenting interesting and thought-provoking topics through exhibitions.

To learn more about the historical society, visit: www.lawrencechs.org

Home to a Prince (Johnson-Turner House)