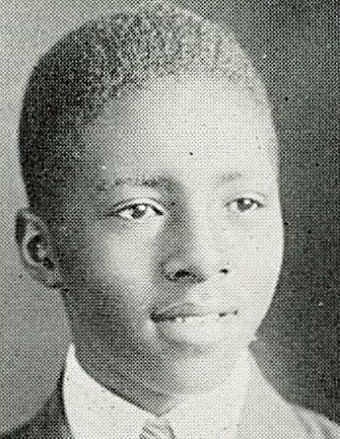 Timothy Ivory was born in Youngstown, Ohio (OH), on September 2, 1922. His family moved from Youngstown to New Castle, Pennsylvania (PA), sometime in 1934. He graduated in 1939 from New Castle High School.

After graduation, he worked for Youngstown Sheet and Tube in East Chicago, Lake, Indiana (IN), where many of his family settled.

In December 1943, Cadet Ivory completed his primary flight training at the 66th Flying Training Detachment of Tuskegee Institute, Alabama, and was advanced to the basic flight class of the Tuskegee Army Air Field.

His parents, William Charles Ivory and Mary Elizabeth Banks Ivory, lived at 1008 S. Jefferson Street, New Castle, PA. His father died in August 1943. His mother died the following year in December 1944, at which time Timothy was a Lieutenant stationed at Hondo, Texas.

According to a Tuskegee chronology: “Behind the Tuskegee Airmen pilots were many others who could also call themselves Tuskegee Airmen but who never got to fly an airplane. Many were other officers, such as the navigators and bombardiers who flew as air crew members on the B-25s. Many of them trained at bases beyond those where the pilots trained. For example, Tuskegee Airmen navigators trained at the Army Air Forces Navigation School at Hondo Army Air Field in Texas.” That was an 18-week training course.

Many navigators had been selected from men who were eliminated from the pilot program. Lt. Ivory may have been one of them.

It is uncertain if Lt. Ivory experienced service overseas during the war. His certificate of service is dated 11/22/1945.

Timothy Ivory died in 2010 at the age of 87 in East Chicago, Illinois (IL), without leaving behind any children. However, he left many nieces and nephews. Some of his relatives remained in New Castle.

Can You Add to His Story?

If you are a family member and can add to his story, please contact us so we can complete his story.