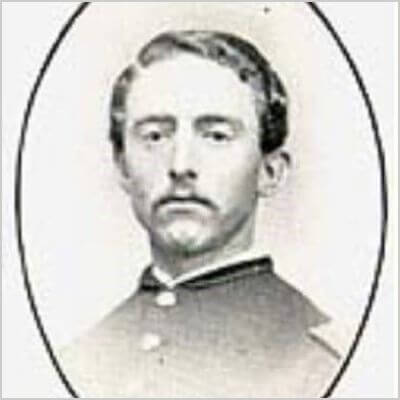 Alexander Heasley was born in 1840 in Pennsylvania and was living with his family in Pulaski Township, Lawrence County, Pennsylvania by 1850.

Enlisted in the Round Heads

At the beginning of the Civil War, Alexander enlisted in the 100th Regiment, Pennsylvania Volunteers, (the Round Heads) and was mustered in as a corporal on August 31, 1861. The following year, Brig. General Saxton, commander at Beaufort, was given approval by the War Department for the establishment a 5,000 man black brigade.

Volunteers from other units were requested to lead and train these newly freed slaves, and Heasley stepped up. He had actually taken part in freeing some of them in the Beaufort area.

The First Regiment of the South Carolina Volunteers Colored Infantry was formed November 7, 1862 and later became the 33rd U. S. Colored Troops. Heasley became part of history, leading and training the first freedmen soliders; men who for the first time chose a surname and received payment for their labors. He remained with them the rest of the war.

Falling into ill health, Heasley was transferred to special duty at the Freedman’s Bureau in Augusta, Georgia in June 1865. He resigned due to disability at the end of July 1865 and was mustered out the first of August 1865.

Heasley survived four years in the Civil War only to be tragically murdered thirty days later. Heasley had become acquainted with a beautiful mixed racial girl and the two were engaged to be married. But Frank Hight, a member of one of the finest “First Families” of Augusta, had other plans. He had used the girl as his paramour. He was outraged with the planned marriage and obtained the assistance of two of his Confederate army buddies.

Hight, Charles Watkins and Joshua J. Doughty armed themselves with revolvers and Bowie-knives, and went to where she was living. There they found Heasley whom they shot and stabbed to death. The men were tried, and the girl testified as to what had transpired. Hight was found guilty and given 15 years in a New York prison. The two other men, also of “First Families” of Augusta, were let go. These families apparently used their influences, and six months later Hight was pardoned and set free.

Heasley’s body was brought back to Lawrence County and is buried in Pulaski. His headstone reads in part: “Three fast young men of the best families called out Capt. Heasley and brutally murdered him”

Does this sound interesting? Share with your friends!
Tags: Black History, Civil War