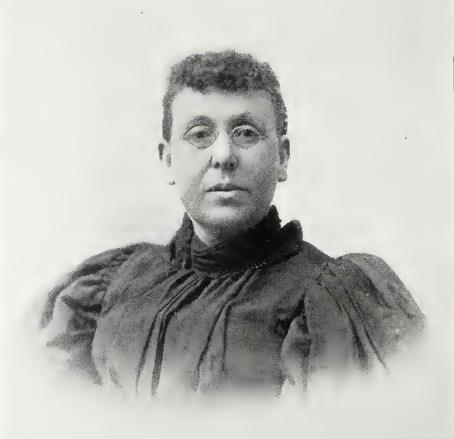 Dr. Maria White was a prominent physician and surgeon of New Castle, Pennsylvania (PA). She spent years in Panjab, India, where she would eventually direct the construction of two hospitals that she also supervised.

A Future Doctor is Born

Dr. White was born in Grove City, Mercer County, PA, on April 11, 1858, a daughter of George W. and Susanna Kerr (Wallace) White. Dr. Maria White obtained her elementary education in the schools of Grove City, later attending the State Normal School at Edinboro, PA, after which she taught school for a time, and then took a two years course in the Grove City College.

In 1881 she went to New York City as a missionary under the auspices of the United Presbyterian Board of Home Missions, and spent one year laboring among the poor of the tenement districts. She returned home to Grove City in 1882, on the death of her father. Remaining at home one year, she read medicine during that time under the direction and tutelage of Dr. Van Emon. In 1883 she entered the Women’s Medical College of Baltimore, Md., until her graduation in 1886. She spent her vacations in the hospitals of Baltimore. She also took a course in bacteriology at Johns Hopkins College. Dr. White then went to New York City to take post-graduate work, spending three months in a special course in the treatment of disorders of the eye and ear, diseases of children, of the nervous system, and in orthopedic surgery.

First Female Surgeon Overseas for UP Board of Missions

After returning to Grove City, and taking leave of her friends, she sailed, under the United Presbyterian Board of Missions, from Philadelphia the fifteenth day of September, 1886, for India, being located at Sialkot in the Panjab, being the first female surgeon sent out by that board.

About one year later, she opened a hospital and dispensary in Sialkot on a small scale. Later on she purchased land and erected a large hospital, where she remained as chief surgeon and physician eight years, also devoting a considerable portion of her time and strength to teaching many of the native girls the art of nursing. In connection with the hospital, she also established a dispensary twenty miles from Sialkot in the city of Pasruri.

Return to the US for Medicine and Involvement in Temperance Movement

In 1894, Dr. White returned to America, recuperating a few months in Astoria, Oregon. Later on she came to New Castle, and was successfully engaged in the private practice of medicine. She was also a devoted and enthusiastic worker in the interests of the Women’s Christian Temperance Union, and an ardent advocate of the aims and principals of the Prohibition Party.

White again returned to India where she spent many more years continuing her work. In 1933, at the age of 75, she returned to the United States and died five years later on March 21, 1938 at the United Presbyterian Home for the Aged in Wilkinsburg.