History of Judaism in Lawrence County 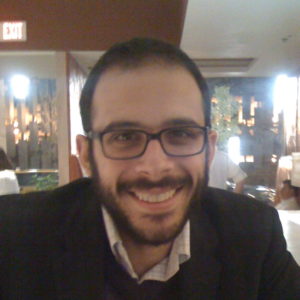 Join us April 5 from 7-8:30 pm when Eric Lidji, a representative of the Heinz History Center, presents on the History of Judaism in Lawrence County.

EVENT SPEAKER:  Eric Lidji is a researcher based in Pittsburgh. For the past five years, he has been an archival consultant for the Rauh Jewish History Program & Archives at the Heinz History Center in Pittsburgh, where his research has focused on Jewish families, businesses and communities in Western Pennsylvania. He is the curator of the family history website Generation to Generation and a researcher for the Small Towns Jewish History Project, which is documenting Jewish life in small towns throughout Western Pennsylvania. Lidji is the author of the book John Riegert and an editor of Her Deeds Sing Her Praises: Profiles of Pittsburgh Jewish Women.

Mark your calendar now for our April 5th free program